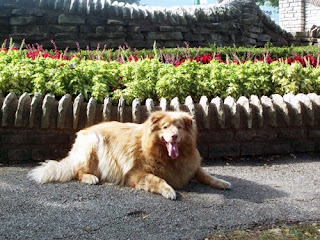 The dogs are being sheltered in a secure St. Louis facility under the direction of HSMO’s Animal Cruelty Task Force. Each dog has been examined by a veterinarian and has received an individual medical plan. All have been microchipped and treated for parasites and continue to receive nutritious food, fresh water and a safe place to sleep...ASPCA
Posted by Maxxamillion at 9:02 PM